Arrive at the city which literally means a pool of nectar; Amritsar! Once a small village with a sacred pond, it has grown into one of India's fascinating cities and the centre of the Sikh culture in India. Amritsar is the soul of Punjab and has always been in the forefront as it was always religiously as well as politicaly active in Indian history. Till date it lives its legacy.
From the airport transfer to Hotel. Welcome at the Hotel, dinner and overnight's stay at Hotel in Amritsar.

Post breakfast visit the epitome of the Sikh temples, the Golden temple. The upper half was inlaid with copper covered over by gold plate by the King of Patiala. People from far and wide come to visit this temple. The architecture of this temple is a blend of Hindu and Muslim styles. The golden dome is meant to represent an inverted lotus flower and the interior of the temple is decorated with semi precious stones, frescoes and glasswork.
Lunch at Hotel.

Post Lunch visit the Jallianwala Bagh, the site which only brings the brutality of the British over the innocent Indians to your mind and tears in your eyes.

Lunch at Hotel. Post Lunch take a drive to the Wagah Border, the final frontier, crossing between India and Pakistan. Watch the perfect symphony and harmony from both the sides when the change of guards takes place every evening. One can see the side of Pakistan, once a part of India and the people from the other land to witness the ceremony.
Return to Hotel for dinner and Overnight's stay.

Early in the morning take the fastest train to the Capital, Delhi . Delhi, in its three thousand years of existence, has always remained the capital of India and has played a pivotal role in Indian history. The city is divided in two parts, old Delhi and New Delhi. After arrival Lunch at a restaurant in Delhi and then proceed to the erstwhile Mughal capital Agra by road. (approximately 4 hrs journey)Agra was once the majestic capital of the Mughals and has carved a niche for herself as one of the most sought after destinations in the world. Better known as the city of the Taj Mahal, Agra, is the city of magical splendours; a city having the most magnificent monuments in India, standing testimony to its glorious past. Agra remained the seat of almost four Mughal emperors. While Babur settled here, Humayun and Akbar guarded it and Jehangir and Shahajehan beautified it.
Check in at Hotel. Evening free to visit the Handicrafts emporium of Agra. Dinner and overnight's stay at Hotel.

Post breakfast leave for the most photographed building of the world, an ode to true love, the Taj Mahal. The grandeur called the Taj is perhaps the most photographed, filmed, described and sketched building of the world. Taj Mahal is where fantasy coincides with reality in perfect harmony. An inspiration for innumerous artists over the centuries, the Taj is an ode to love, which no monument in the world can match. The beauty of the Taj is in its simplicity. It is rare that a person would not fall in love with the pure and simple beauty in white. Emperor Shahajehan had built many an architectural marvels in his career, but Taj Mahal is the zenith. Taj never looks the same. The golden pink Taj at dawn turns into dazzling white at noon. Giving way to the sultry orange at sunset is the milky blue at night. Viewing the Taj on Full moon nights is a blissful experience. Later visit the Red fort of Agra. From the sight of it the magnificent structure in Red Sand Stone looks strong and invincible. The fort is built with Red Sand stone and is supposed to be the predecessor of the Red Fort of Delhi. Many buildings inside the fort were built by Shahajehan, unique among which is the stunning pearl mosque. Post Lunch visit the Tomb of Itmad-ud-daullah- built by Empress Noorjehan in the memory of her father. Dinner and overnight's stay at Hotel.
Note : The Taj Mahal remains closed every Friday

After breakfast proceed to the capital of Rajasthan Jaipur (05 hrs. drive) - the pink city of India. The capital of Rajasthan was given a colour coat of pink, a century ago in the honour of a visiting Prince, ever since it has retained the pink colour. En-route visit Fatehpur - Sikri (40 kms. From Agra) - once the capital of Mughal Empire and abandoned after 15 years due to scarcity of water. Its fortifications and Palaces are in a wonderful state of preservation. Lunch at Hotel / restaurant.
Evening free to visit the Handicraft emporiums of Jaipur. Dinner and overnight's stay at Hotel.

After breakfast, full day sightseeing of the Pink City. Morning visit Amber Fort - remarkable for the majestic grandeur of its surroundings as for its sturdy battlements and beautiful palaces. Climb up to the fort on the back of an Elephant or by jeeps. Post lunch city tour visiting City Palace - where the former Maharaja still resides in a part of it, but rest now serves as a Museum. Also visit Jantar Mantar, an observatory built by a great astronomer Sawai Jai Singh onto drive past through Hawa Mahal (Palace of winds).
Dinner and Overnigt's stay at Hotel in Jaipur.

After breakfast leave for Delhi (05 hrs. drive). After arrival, Lunch in a restaurant in Delhi. Post Lunch half day sightseeing of Delhi. Delhi - In three thousand years of its existence, has remained the capital of India and has played a pivotal role in Indian history. The city is divided in two parts, old Delhi and New Delhi. Drive past the President's House, Parliament House (House of Representatives) and India Gate - War Memorial (stop for photography) and Laxmi Narayan Temple - a modern Hindu temple built by the Birlas, leading Indian industrialists. Also visit the Raj Ghat, where soul of the great Indian leader, the father of the nation, Mahatma Gandhi lies in peace. Evening enjoy a spectacle of INDIAN CLASSICAL/ FOLK DANCES followed by Indian Dinner on fixed menu basis at Local Restaurant. In time transfer to Delhi International airport to take flight for your onward destination. 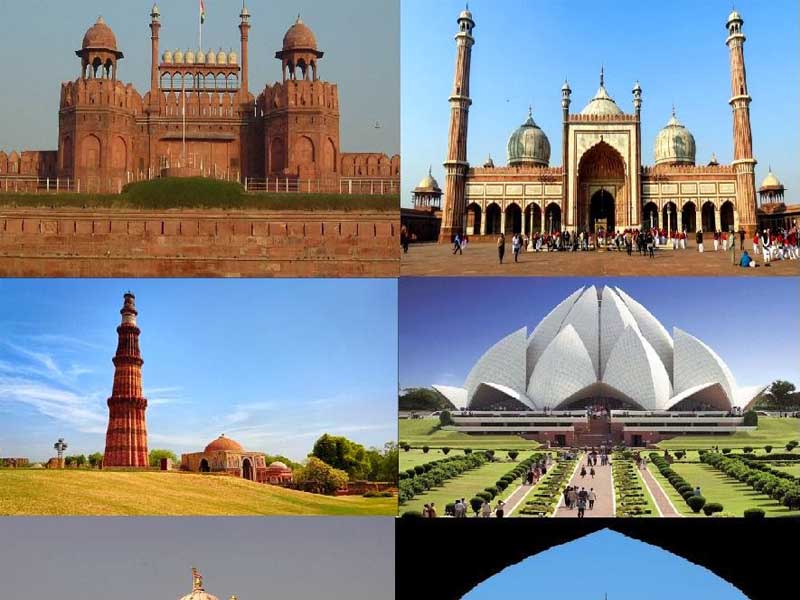 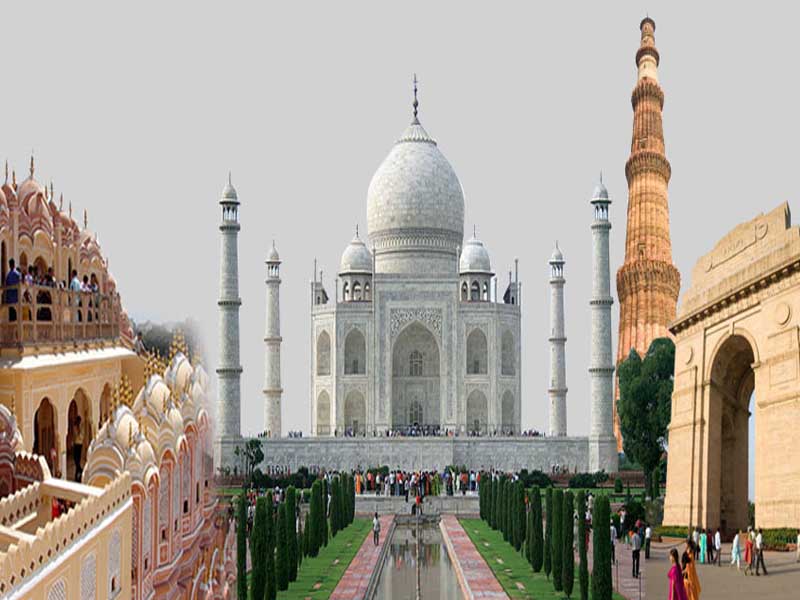 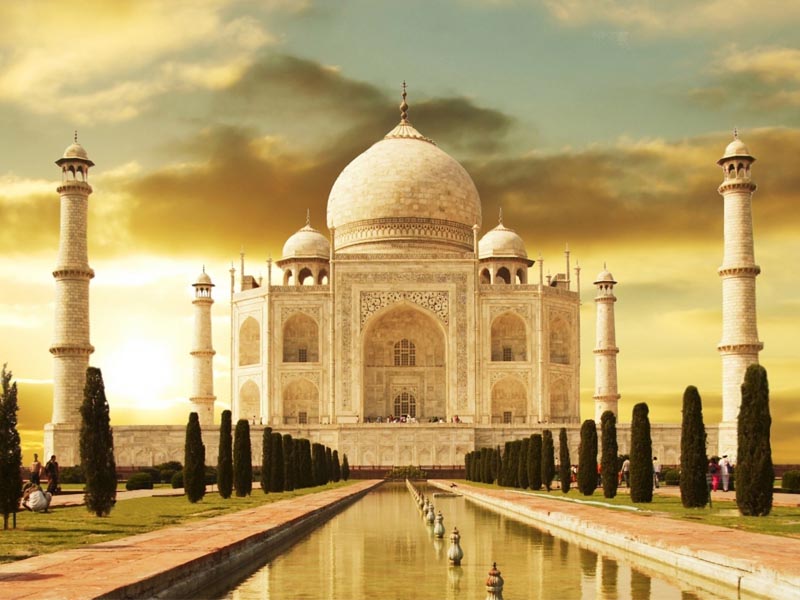 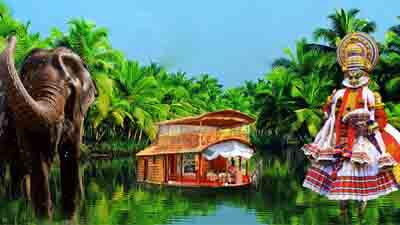 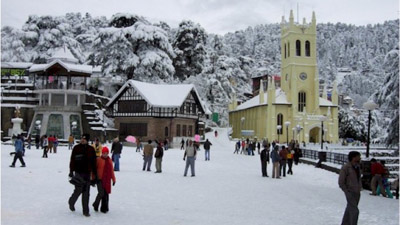 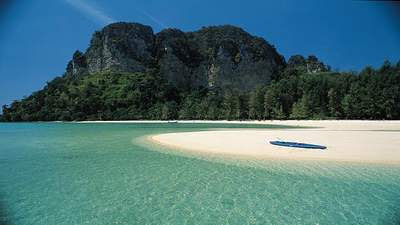 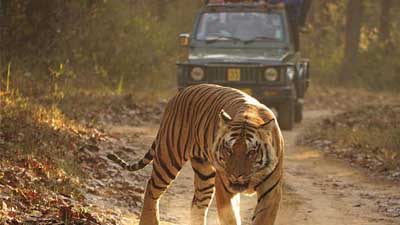